Update on the Summit 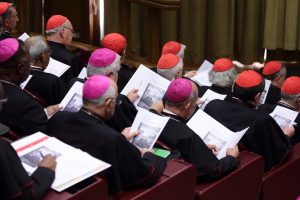 Prelates attend the opening session of the meeting on the protection of minors in the church at the Vatican Feb. 21, 2019. (CNS photo/Evandro Inetti, pool)

Click below to read this update from America magazine:

Comments Off on Update on the Summit

Pope Francis Has Arrived in the United States

Posted on September 23, 2015 | Comments Off on Pope Francis Has Arrived in the United States

While in the United States, the Pope will address both Congress and the United Nations, but also visit homeless people, immigrant families, and prison inmates. At least one of His visits will be given in Spanish, His native language. You may follow the Pope’s visit by: Live Stream – CatholicTV.com, USCCB.org, CTV.va; Print – The Pilot (thebostonpilot.com), Crux (Cruxnow.com); Radio – EWTN coverage via Station of the Cross 1060AM (Boston’s Catholic Radio); Television – CatholicTV coverage with commentary from Fr. Robert Reed, Kevin Nelson, and Kate Andrews (Comcast Ch. 268, Verizon FIOS Ch. 296, RCN Ch. 85); Twitter – @Pontifex, @news_va_en (#PopeinUS #PopeinDC #PopeFrancisNYC); Web – popefrancisnyc.org, worldmeeting2015.org

Schedule as released by the Vatican. (All times listed are Eastern Daylight Time.)

Comments Off on Pope Francis Has Arrived in the United States 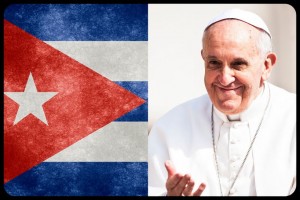 A group from the Archdiocese, including Cardinal O’Malley, is going to Cuba from September 18-22 to witness the historic visit of Pope Francis. There will be tour of Havana, a visit to a Catholic mission, local entertainment and attendance at what will be an extraordinary Mass celebrated by the Holy Father. The all-inclusive cost will approximate $4,500/person and $8,000/couple. One of our parishioners, Bob Mahoney, has seen Pope John Paul and Pope Benedict in Cuba and the experience was beyond remarkable! This is also an opportunity to see the “Old Cuba” before rapid change begins this year. There are a limited number of places still available. If you are interested, please email Bob Mahoney.

Comments Off on Join Pope Francis in Cuba

Pope Francis to visit the United States this September

Posted on July 14, 2015 | Comments Off on Pope Francis to visit the United States this September

Pope Francis will spend six days in the United States in September, with stops in three U.S. cities: Washington, New York, and Philadelphia. Tickets for public events will primarily be released through parishes in these cities, as well as through other local Catholic institutions, with the exception of events in Philadelphia at the World Meeting of Families 2015 (more details on their Papal Visit page.)  Please check the USCCB’s Papal Visit 2015 page for the latest updates.  Schedule as released by the Vatican. (All times listed are Eastern Daylight Time.)

Pope Francis Presents His Vision for His Papacy, and a Questionnaire on Family Life

Posted on November 26, 2013 | Comments Off on Pope Francis Presents His Vision for His Papacy, and a Questionnaire on Family Life 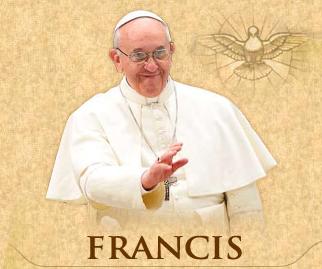 Pope Francis issued his first major written work today, a papal pronouncement known as an “apostolic exhortation,” calling on Catholics to battle what he called the “globalization of indifference.”  Called “Evangelii Gaudium,” (the Joy of the Gospel), the document calls for “a new phase of evangelization, one marked by enthusiasm and vitality.”  Pope Francis calls on parishes to be a point of “contact with the homes and the lives of its people,” and not a “useless structure out of touch with people or a self-absorbed cluster made up of a chosen few…”  You can read the complete Apostolic Exhortation EVANGELLI GAUDIUM on the Vatican website, or download a copy here.

Also, the Vatican, in preparation for a Synod in 2014 has sent a questionnaire to all members of the Church.  If you are interested in reading it you may find it on our website:  Pastoral Challenges to the Family in the Context of Evangelization.  Responses that parishioners send will be shared with the Parish Council and a collective summary will be sent to the Diocese. We have been informed that the due date for the input is December 17.

Comments Off on Pope Francis Presents His Vision for His Papacy, and a Questionnaire on Family Life 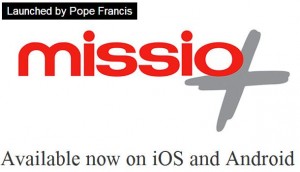 Pope Francis has again made history as the first Pope to launch a worldwide App which is intended for use of news, catechesis and evangelization. The app was available for download before the official launch, but remained locked. When the pope activated the app on May 17 by pushing a button marked “evangelizantur” (Latin for “they have been evangelized”) on an iPad,  users around the world were notified. END_OF_DOCUMENT_TOKEN_TO_BE_REPLACED 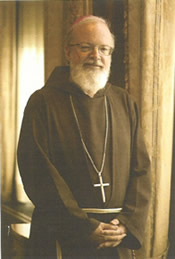 Vatican Statement on Cardinal Sean Appointment:
“Cardinal O’Malley’s appointment to the newly created Papal Advisory Group for the reform of the Roman Curia is very significant. The Cardinal’s pastoral and administrative skills on a national and international level have revealed a church leader who has handled some of the most complex situations in the American Church. He has offered “best practices” of church governance to the universal church, particularly in his response to the abuse crisis. Cardinal Sean is highly respected, admired and loved throughout the world, and this was clearly evidenced during the recent events in Rome. As a member of the Franciscan (Capuchin) family, he has much in common with Pope Francis.”
-Fr. Thomas Rosica, C.S.B., head of Canada’s Salt and Light Catholic Television Network and recent Vatican English language spokesperson during the Papal Transition END_OF_DOCUMENT_TOKEN_TO_BE_REPLACED

Posted on April 3, 2013 | Comments Off on Easter Blessings from Pope Francis

Many have seen these wonderful photos of Pope Francis embracing a child in St. Peter’s Square after Easter Sunday Mass.  The child, Dominic Gondreau, who is 8 years old and has cerebral palsy, is seen being held and kissed by Pope Francis while smiling and struggling to put his arm around the pontiff in giving his own greeting.  Dominic is the son of  Paul Gondreau, Professor of Theology at Providence College, who is serving as the Faculty Resident Director at PC/CEA’s Center for Theology and Religious Studies in Rome this semester, joined by his wife Christiana and their 5 kids. 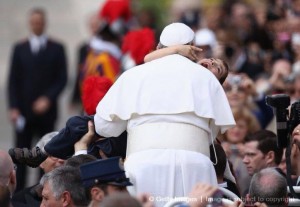 The next day, Dr. Gondreau shared his reflections on this experience in a guest post on the Catholic Moral Theology website: A Special Vocation: To Show People How To Love, where he writes: Why is the whole world so moved by images of this embrace? A woman in the Square, moved to tears by the embrace, perhaps answered it best when she said to my wife afterward, “You know, your son is here to show people how to love.”  You can also watch the encounter with Dominic in this video of the Pope greeting the faithful after the Mass.

Comments Off on Easter Blessings from Pope Francis

Posted on March 15, 2013 | Comments Off on Pope Francis Installation Mass on Tuesday, March 19 – The Feast of St. Joseph 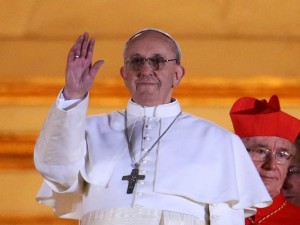 Pope Francis will be officially  installed on Tuesday, March 19. CatholicTV Network will carry this event live at 4:30am ET, and will  rebroadcast it at 11am and 8pm.
The CatholicTV Network is available on Comcast Channel 268 throughout the Archdiocese of Boston and New England (in Plymouth and Amesbury, MA on Ch. 183), on Verizon FiOS Ch. 296, Charter Communications Ch. 101, RCN Ch. 85, on various other providers and on Roku and Google TV. Online coverage and a live stream may also be viewed at any time from any computer or device at www.CatholicTV.com.

Comments Off on Pope Francis Installation Mass on Tuesday, March 19 – The Feast of St. Joseph

CatholicTV to Broadcast First Mass and Installation of Pope Francis

Posted on March 14, 2013 | Comments Off on CatholicTV to Broadcast First Mass and Installation of Pope Francis 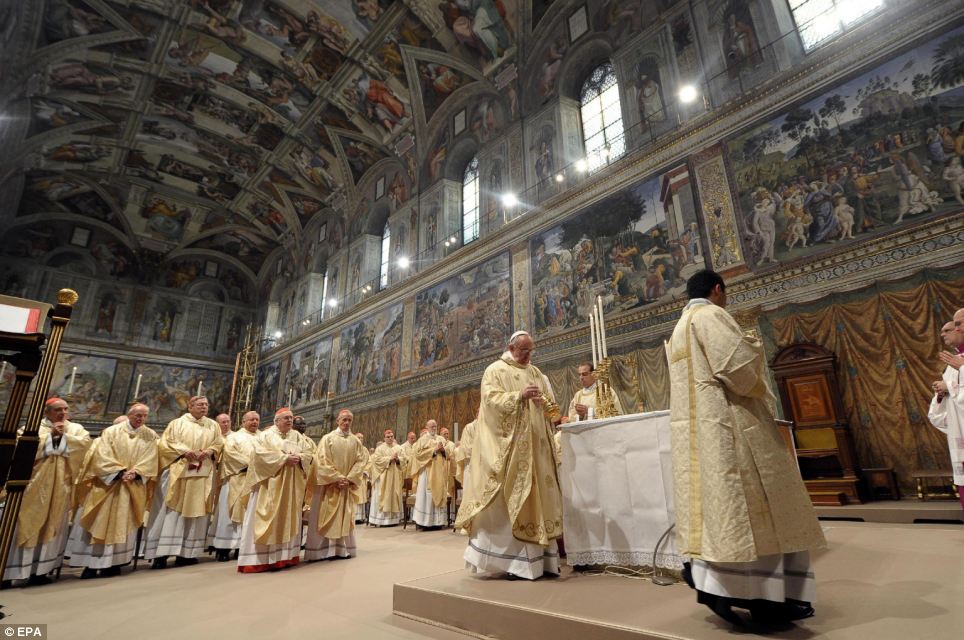 The CatholicTV Network is available on Comcast Channel 268 throughout the Archdiocese of Boston and New England (in Plymouth and Amesbury, MA on Ch. 183), on Verizon FiOS Ch. 296, Charter Communications Ch. 101, RCN Ch. 85, on various other providers and on Roku and Google TV. Online coverage and a live stream may also be viewed at any time from any computer or device at www.CatholicTV.com.